In 1938, Patrick Hamilton’s play Gaslight hit the stage in London. It was the story of Bella Manningham and her husband, Jack, who was convinced that there were jewels hidden in the apartment above theirs. Every night, he would sneak into the apartment to search for them, and Bella was certain that something was wrong. But Jack would lie to her, telling her that she was imagining the footsteps she heard and doing other things to make her doubt her sanity. As in the title of the play (and later, movie), when the gas-fueled lights would dim, Jack would tell Bella that he was imagining that as well. Over time, Bella began to second-guess everything she experienced, which took its toll on her physical and mental health. 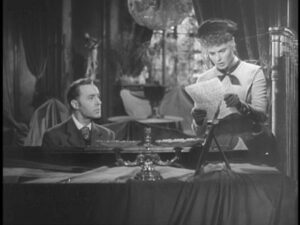 In the movie and the play, Jack is eventually caught in the act and Bella is vindicated. But outside the Theatre, gaslighting is a common form of manipulation in toxic, abusive relationships. Being aware of gaslighting- knowing what it looks like and what forms it can take- can help you avoid this form of emotional abuse.

Gaslighting makes you question yourself, your reality, and your sanity

Gaslighting relies on, and misuses, trust and influence over the target. The abuser lie about events that actually happened in an effort to make the person question their own judgement, memory, and mental health. This allows the abuser to further manipulate their victim into giving them what they want. If you feel that you’re to blame for everything, that you’re being overly-sensitive, that you can’t trust your memories or perceptions, think about what the people around you are saying to you.

Gaslighting and narcissism are closely related

People who engage in this sort of abusive behavior are often pathological liars with narcissistic tendencies. They will often lie about other things, even when they don’t benefit from it. It can be frustrating for the target of their lies, because even when they’re called out or confronted with proof they’re likely to double down and refuse to change their story. They may say things like “you’re making things up again,” “that never happened,” or “you’re crazy.” Eventually, their apparent sincerity might be enough to make you doubt your own experiences. Abusers will also use seemingly kind and loving words to avoid the conversation, saying what they think you want to hear without actually meaning them. This is evident when the behavior is inevitably repeated.

When confronted about their gaslighting, abusers will often change the subject by asking a question or focusing on minor details while avoiding the actual issue.

Gaslighting goes beyond the interaction with the victim

Abusers will often try to bring unwitting allies into the abuse by discrediting the victim through gossip and other comments. They may engage in a form of “concern trolling” by telling others that you seem unstable or have been behaving oddly. Because abusers are generally very manipulative, other people may be convinced and side with the abuser. Sometimes, the abuser will go back to the victim, telling them that other people are spreading rumors about them without revealing that it was them doing it.

“DARVO” is an acronym for “Deny, Attack, and Reverse Victim and Offender.” In order to avoid taking accountability for their behavior, abusers will first deny your observations and attempt to minimize your thoughts and feelings. They may say things like “calm down” or “you’re being oversensitive,” which is intended to downplay or disregard your feelings.

When denying doesn’t work, they will shift into attacking your character or reliability. They will try to convince you that you’re making things up (maybe “without realizing it”, once again an attack on your mental health) or mistaken and that you shouldn’t trust your own perception.

Finally, the abuser will attempt to reverse victim and offender- trying to make themselves look like the hero and you look like the bad guy. They will make every effort to twist your words to make you seem like the cause of their behavior, or insist that you’re treating them unfairly in some way.

The abuser will tell and retell stories in a way that makes them look better than they did in the actual event. For example, if the abuser pushed you off a curb, they may later retell the story about the time you “fell” off the curb and they tried to catch you. Their intent is to tell it enough times that you doubt your memory of the event. If you correct their version of events, they will grow irate and accuse you of lying or relying on your “faulty memory.”

If you are concerned that you might be a victim of gaslighting, or impacted by any other form of abuse, be on the lookout for the following signs:

What to do if you’re the victim of gaslighting:

Gaslighting can result in significant and long-lasting mental health impacts, so it’s important to begin separation and recovery as soon as possible.

Take time to yourself. Put some distance between yourself and the person that’s gaslighting you. This will give you time to work through your feelings without the constant manipulation of the abuser. Remember that gaslighting IS abuse, and it’s often employed with other forms of abuse. While difficult, ending the relationship can be the best way to end the abuse and begin healing.

Consider therapy. Gaslighting can by psychologically traumatizing, especially if it has continued for a length of time. Consider therapy to help work through those emotions and start to undo the damage caused.

Document the evidence. Gaslighting is intended to make the victim question their very reality. You can counter this by keeping a record of  your experiences. Keep a journal or diary, save text messages and emails (screenshot them if possible). Make notations in a calendar. Later, should you start to question yourself, you can look back and see that you were right all along.

Talk to a trusted friend about your experiences and observations. An outside perspective, especially from someone that doesn’t know the abuser, can be very valuable in centering yourself and gaining confidence in your perceptions.